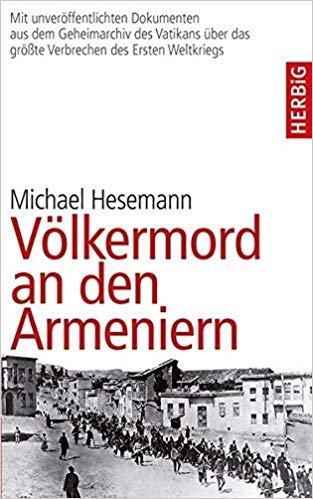 From Wikipedia, the free encyclopedia

The starting date is conventionally held to be 24 April 1915, the day that Ottoman authorities rounded up, arrested, and deported from Constantinople (now Istanbul) to the region of Ankara 235 to 270 Armenian intellectuals and community leaders, the majority of whom were eventually murdered. The genocide was carried out during and after World War I and implemented in two phases—the wholesale killing of the able-bodied male population through massacre and subjection of army conscripts to forced labour, followed by the deportation of women, children, the elderly, and the infirm on death marches leading to the Syrian Desert. Driven forward by military escorts, the deportees were deprived of food and water and subjected to periodic robbery, rape, and massacre.[12] Other ethnic groups were similarly targeted for extermination in the Assyrian genocide and the Greek genocide, and their treatment is considered by some historians to be part of the same genocidal policy.[1][2] Most Armenian diaspora communities around the world came into being as a direct result of the genocide.[13]

Raphael Lemkin was moved specifically by the annihilation of the Armenians to define systematic and premeditated exterminations within legal parameters and coin the word genocide in 1943.[14] The Armenian Genocide is acknowledged to have been one of the first modern genocides,[15][16][17] because scholars point to the organized manner in which the killings were carried out. It is the second most-studied case of genocide after the Holocaust.[18]

Turkey denies the word genocide is an accurate term for these crimes. In recent years, Turkey has been faced with repeated calls to recognize them as genocide.[19] As of 2018[update], 29 countries have officially recognized the mass killings as genocide, as have most genocide scholars and historians.[20][21]

PTWF Director for Germany,  Dr. Michael Hesemann, has for years researched the Vatican Apostolic Archives (formerly known as the Secret Archives) for Pave the Way in an attempt to uncover evidence of the Vatican’s life-saving actions undertook to protect and save Jewish lives during WWII. In conducting this research, he discovered over 2,000 pages of primary source documents, evidencing the Ottoman Turkish Empire’s systematic murder of over 1.5 million Armenians from Constantinople. He was also able to find documentation proving that the Holy See had intervened in an attempt to stop this tragedy from occurring.