Pave the Way Foundation in partnership with the Ormylia Monastery in northern Greece will be working to help with Ormylia’s ongoing cancer screening of poor Muslim and Christian villagers in northern Greece. These screenings are specifically for cervical and breast cancer in the remote villages where many of the inhabitants have never had a medical examination.

On the photo above: Brother Charles Anthony, Director of Ormylia with Gary Krupp of PTWF and His Eminence Ecumenical Patriarch Demetrios of the United States. 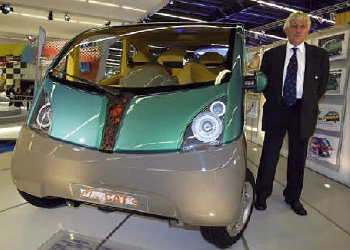 Made in India, now that’s something new!  Image running a car on compressed air @ 125 miles for $2.

The Compressed Air Car developed by Motor Development International (MDI) Founder, Guy Negre might be the best thing to have happened to the motor engine in years. 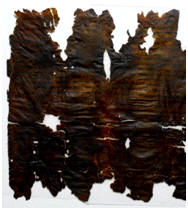 PTWF was instrumental in “paving the way” for the digitization of priceless manuscripts from the Vatican Library and from the Franciscan Custody in Israel. This archiving, for the purposes of worldwide access and education, was made possible through the generosity of the George S. Blumenthal Foundation. Expertise and state of the art techniques in digital photography by famed Israeli photographer Ardon Bar-Hama were used, and also made available through this gift. 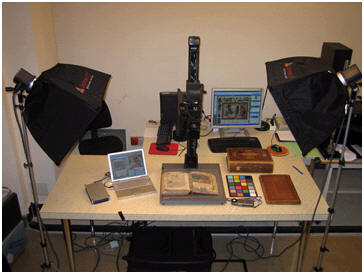 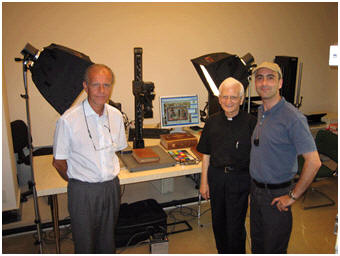 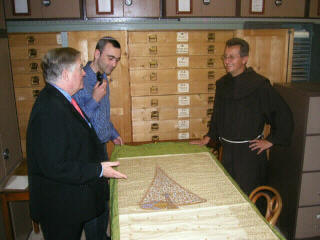 Ardon Bar-Hama and Gary Krupp of PTWF with the Franciscans in Israel.

Letter of Gratitude from the Custos of the Franciscan Custody.

PTWF facilitated the digitized preservation of over 8,000 rare manuscripts in the archives of the Franciscan Custody in Jerusalem, as well as the digital study of the Vatican Library’s most prized possession, The Codex Vatincanus. 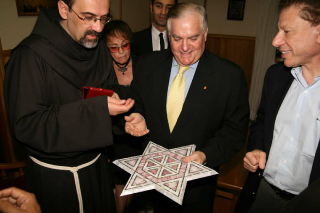 The Jerusalem Medal and the mother of pearl Star of David was awarded to PTWF by the Custos of the Franciscan Custody in the Holy Land in recognition for of our work.

PTWF Facilitated the photographic study of the 14 meter bronze doors at St. Peter’s Basilica in Rome. 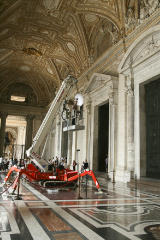 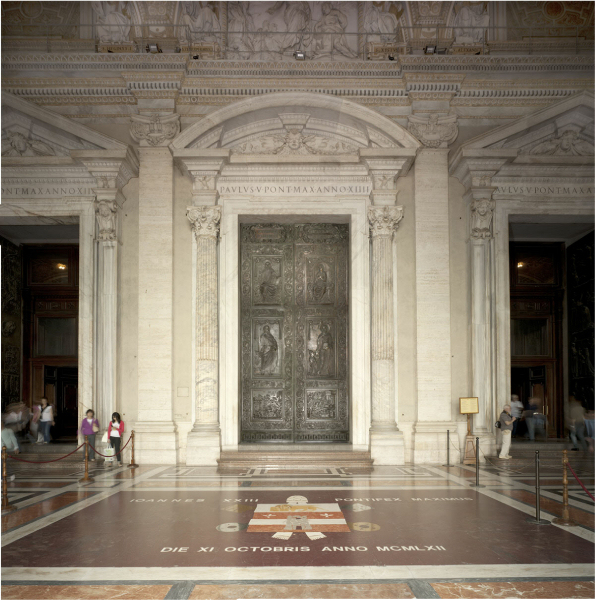 Through the generous support and work of the Anglican Order of St. John, the St. Johns Eye Hospital in East Jerusalem cares for the needs of the mostly Palestinian population.

Here, there exists a particular problem, in a population plagued by eye diseases caused by the desert environment. Israeli physicians work at St. John’s and train Arab technologists and physicians.

Israelis and Arabs work together for the common good, showing how cooperation and mutual attention to need, can overcome political differences. Many of the Israeli and Palestinian cooperative initiatives were funded through the Peres Foundation for Peace of Tel Aviv.

PTWF has worked to establish Israeli policies for humanitarian and emergency boarder crossings between Palestinian and Israeli checkpoints, reducing the travel time of emergency medical vehicles. 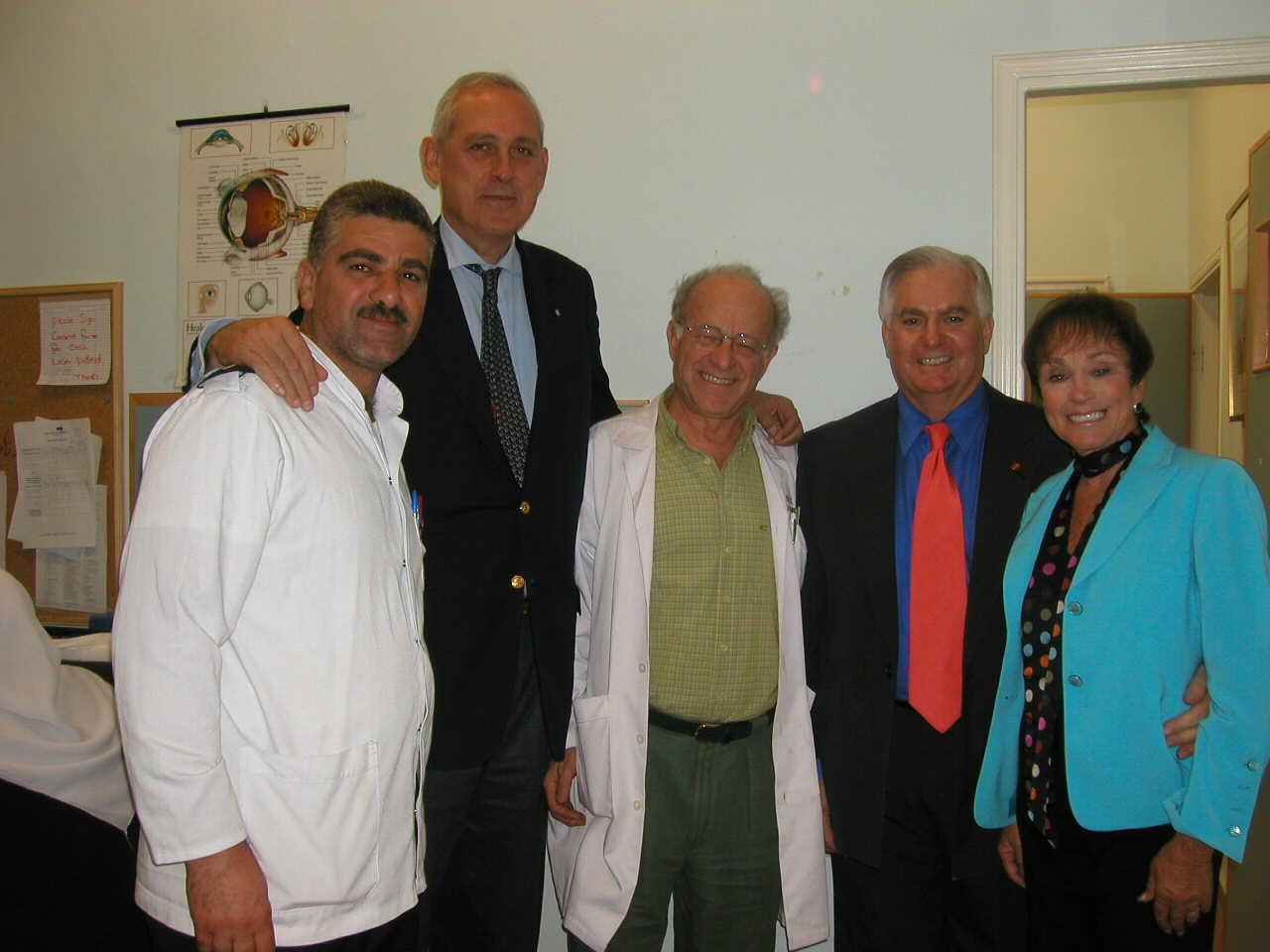 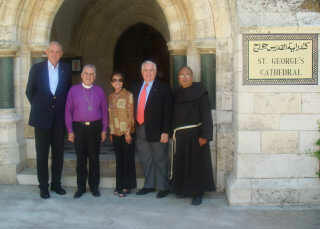 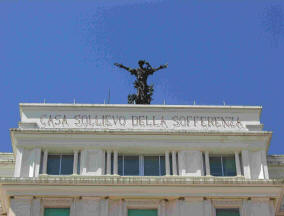 Since 1990, we have worked tirelessly to advance the technological superiority of this special hospital for the care for the poor, the sick and suffering in Europe. Today, it one of the best equipped hospitals in all of Europe. Over the years we have helped with the acquisition of cancer treatment, diagnostic and rehabilitation modalities.

Recently, through the efforts of Pave the Way Foundation, the hospital, Casa Sollievo Della Sofferenza in San Giovanni Rotondo Italy, has acquireed a state of the art General Electric PET-CT Elite scanner. This enormous technological gift further advances the medical care for the poor of Europe, through the benevolent works of the hospital of St. Padre Pio.

Delivery of the machine was March 29, 2007 and the dedication ceremony occurred May 5, 2007 with H.Em. Tarcisio Cardinal Bertone, Vatican Secretary of State and H.E. Archbishop Domenico D’Ambrosio, President of the hospital. This technology will enable enormous advances in cancer detection, treatment and research in Neurology and cardiology for the poor in Europe. PTWF is proud of it’s contribution to this project, which will save many lives through early, accurate diagnosis. 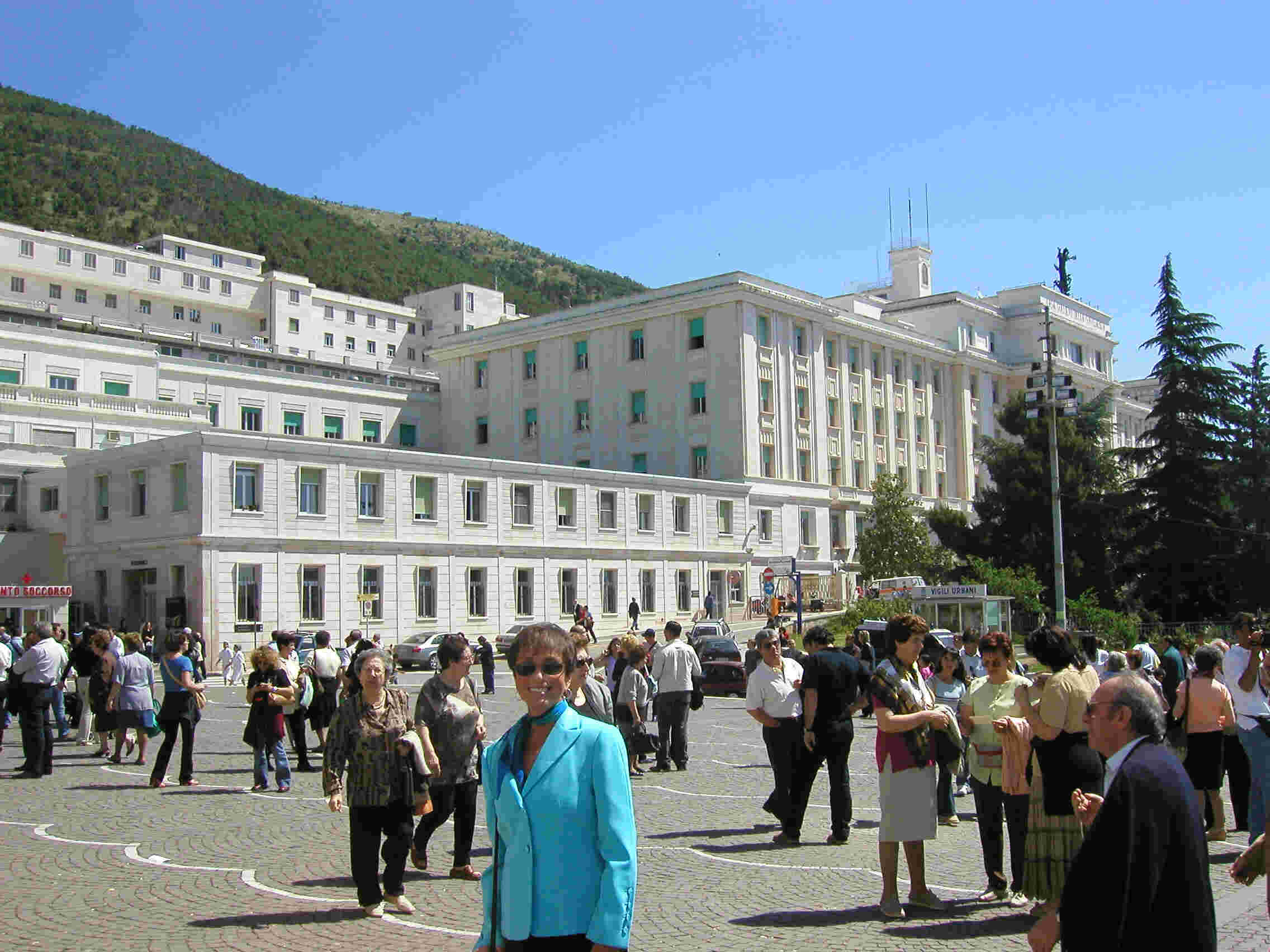 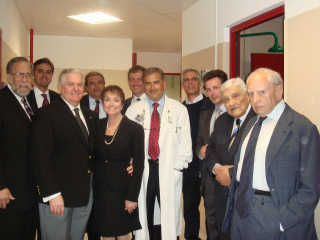 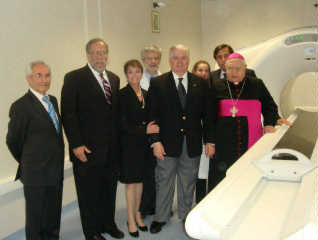 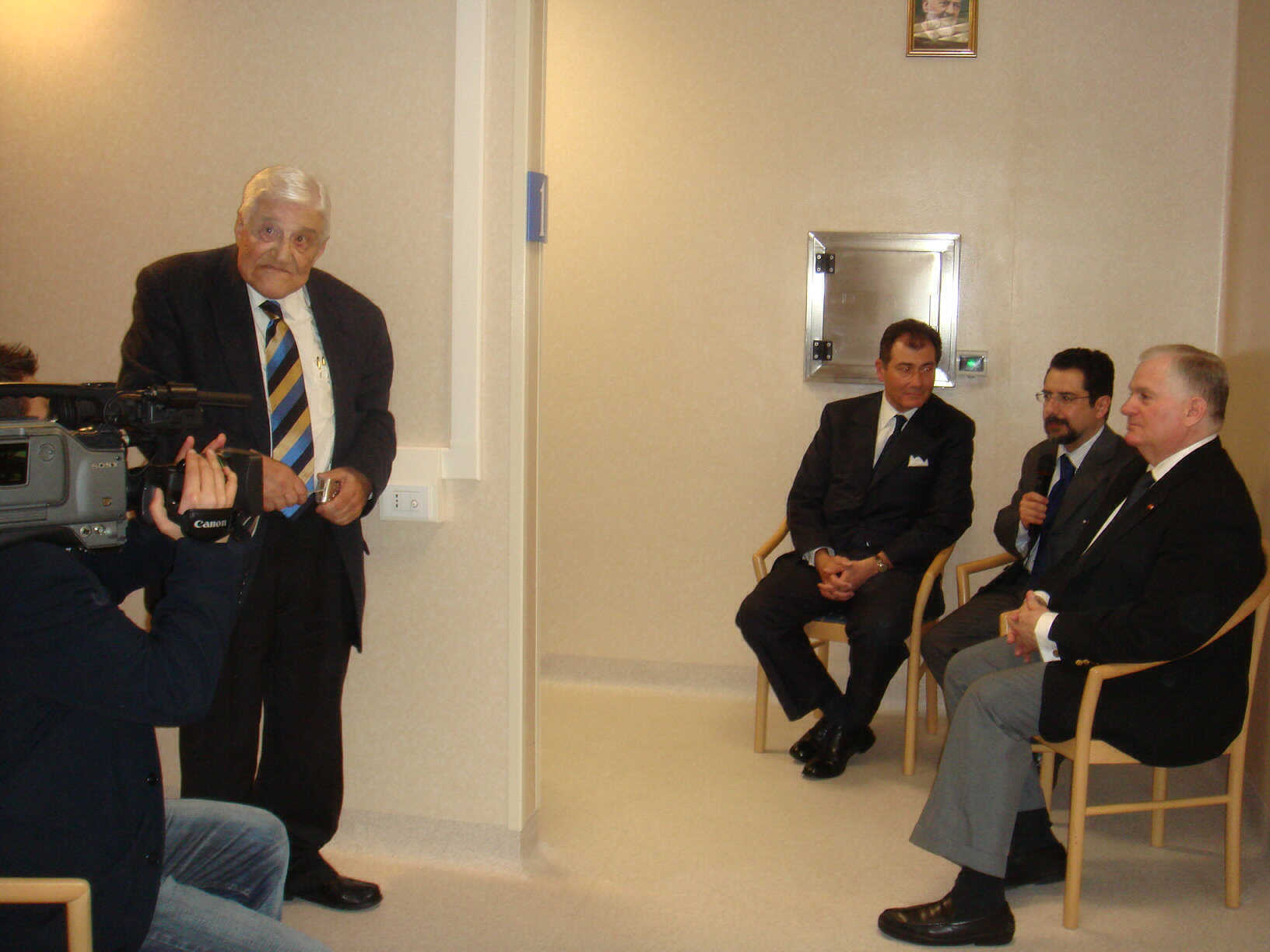 PTWF Directors and Advisors attend the special dedication ceremony May 5, 2007 and were interviewed on Italian Television and Press. 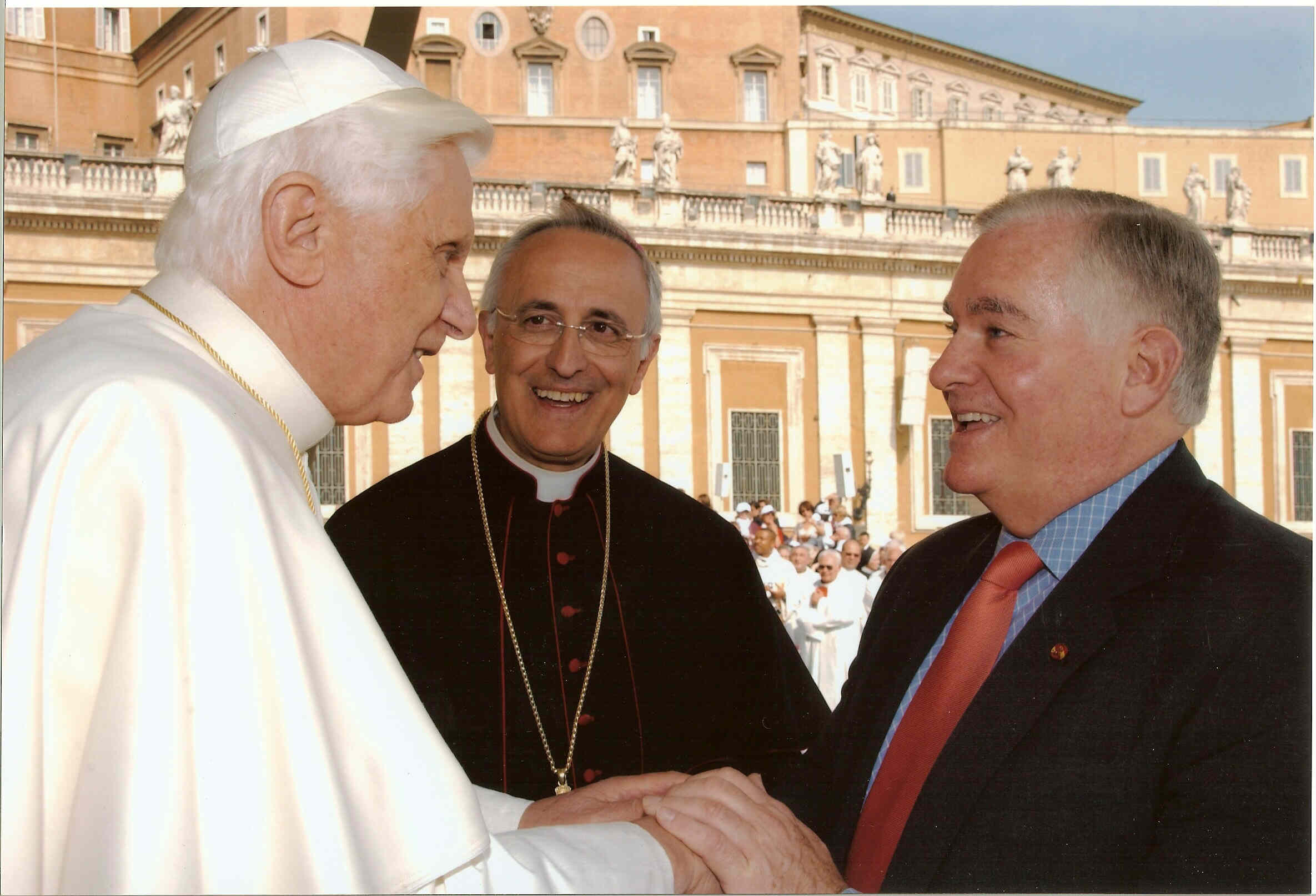 At a special Vatican celebration of the 50th anniversary of Casa Sollievo Della Sofferenza (CSDS), Gary Krupp, President of PTWF was greeted by Pope Benedict XVI and Archbishop Domenico D’Ambrosio, Papal Delegate and President of  CSDS and for all matters of S. Padre Pio. PTWF was instrumental in making CSDS one of the most technically advanced medical facilities in Europe.