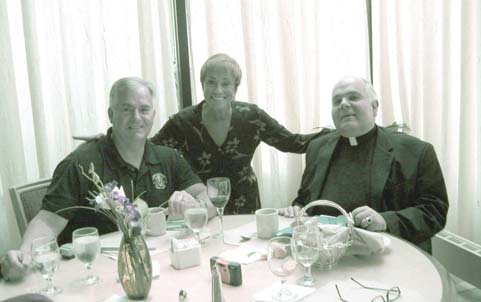 When diplomatic relations began with Israel on Dec 30, 1993, a few important issues were never settled and remain outstanding today. Improved relations with the Holy See, will have enormous benefits to Israel, both economically and politically. Better communication will also assure that this relationship will continue into the next Papacy. Through recurrent, ongoing meetings with Father David Jaeger, spokesperson for the Franciscan Custody and legal representative of the Holy See in Israel, and Archbishop Antonio Franco, Apostolic Nuncio and Papal Delegate for the Holy See in Israel and the Holy Land, we have been able to focus on specific, problematic issues between Israel and the Vatican.

Several problems have been identified, which the Vatican would like to resolve in order to further this cordial relationship. Similarly, Pave the Way has raised a number of issues to the Israeli government’s attention, which were easily rectified. For example, the issuance of Christian visas and other low level restrictions on travel in Israel and the territories, which hampered the resurgence of Christian pilgrimages, have been successfully addressed.

PTWF also acted immediately when behind the scenes obstacles were hampering advancement of the bilateral negotiations. We are proud to have been acknowledged as the one organization which acted decisively in order to keep these negotiations on track. We continue to monitor progress as an outside interested party, in order to see these problems resolved.

We have pledged the support and action of Pave the Way to further normalize this relationship. In encouraging and supporting productive relations between Israel and the Vatican we hope to establish a major cooperative liaison, resulting in broad cultural exchanges of artifacts between both Israel and the Vatican. Pave the Way continues to address unresolved issues, which remain open from the original negotiations and agreement from the 1993 accords.