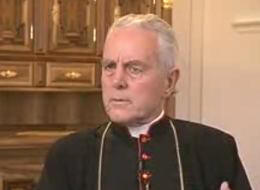 Lifting the Ban of Excommunication by the Vatican

Recently, The Vatican lifted the ban of excommunication to the Society of Pius X, an ultra right wing group, and to its four illicitly ordained Bishops. The Bishops were ordained by the breakaway Archbishop Marcel Lefebvre. Archbishop Lefebvre split from the Vatican for a number of reasons, one of which was the action of the Second Vatican Council in adapting and passing Nostra Aetate.

This is a document of tolerance of other religious beliefs. On the commemoration of the 50th anniversary of the Second Vatican Council, Pope Benedict XVI used this occasion to lift the ban of excommunication, which was generated when  Archbishop Lefebvre ordained four Bishops in direct violation of a papal order not to, issued by Pope John Paul II. It was this act of defiance against the Papal order that generated the excommunication. After the announcement of the lifting of the ban was made on January 21, 2009, a video interview with one of the Bishops, Richard Williamson, surfaced where he quite plainly denied the holocaust impact on the Jewish people and stated that not one Jew had perished in any gas chamber. This Holocaust denial set off a firestorm of protests and negative remarks, which created a temporary rift in Jewish Catholic relations.

Unlike many other inter-religious organizations, Pave the Way did not immediately release a statement condemning the Church for lifting the ban. Instead we launched an investigation to discover the facts behind this alleged action.

In furtherance of our mission to identify and eliminate obstacles between the faiths, we issued the following statement of our findings and the role the media played in exacerbating this highly explosive and sensitive issue. 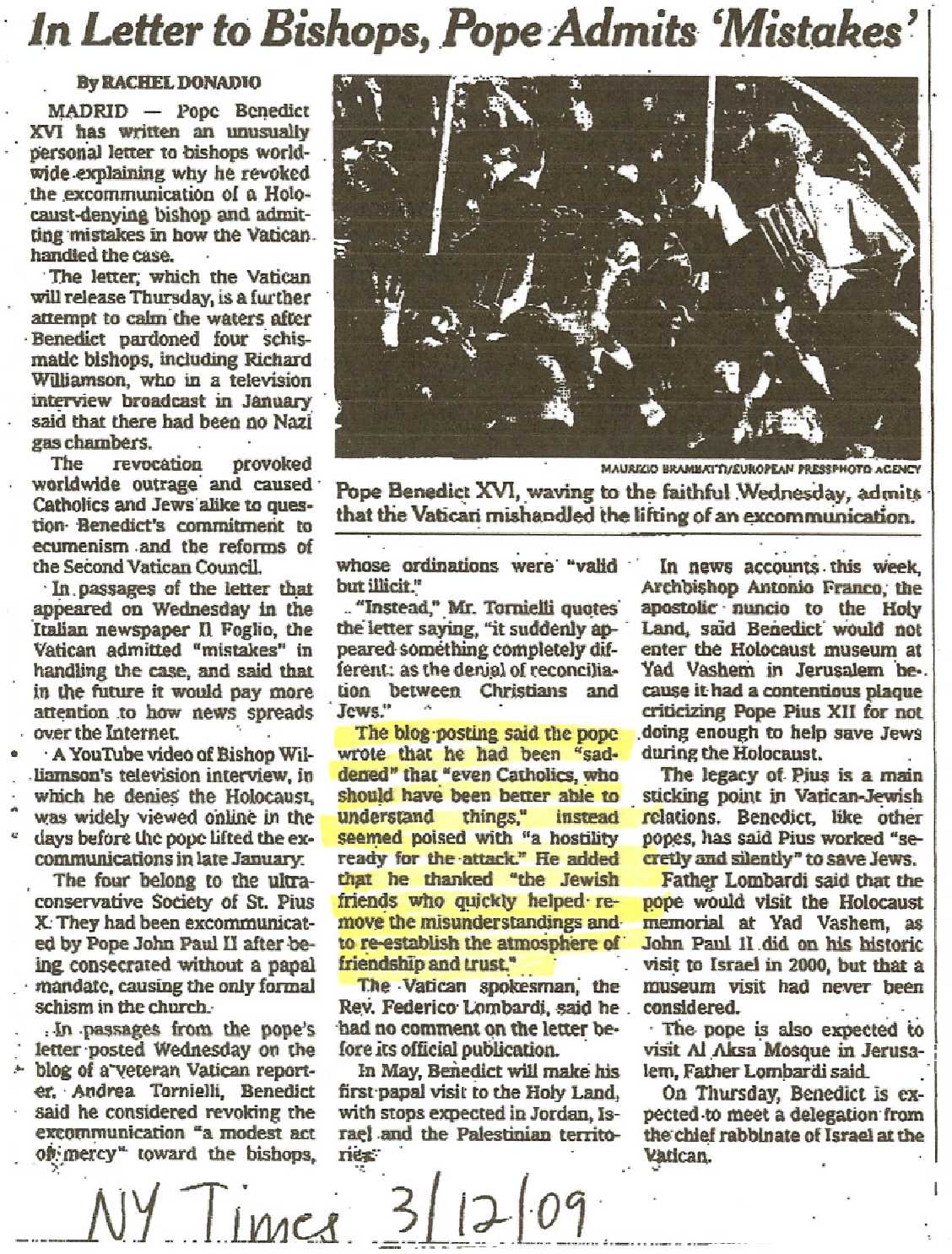