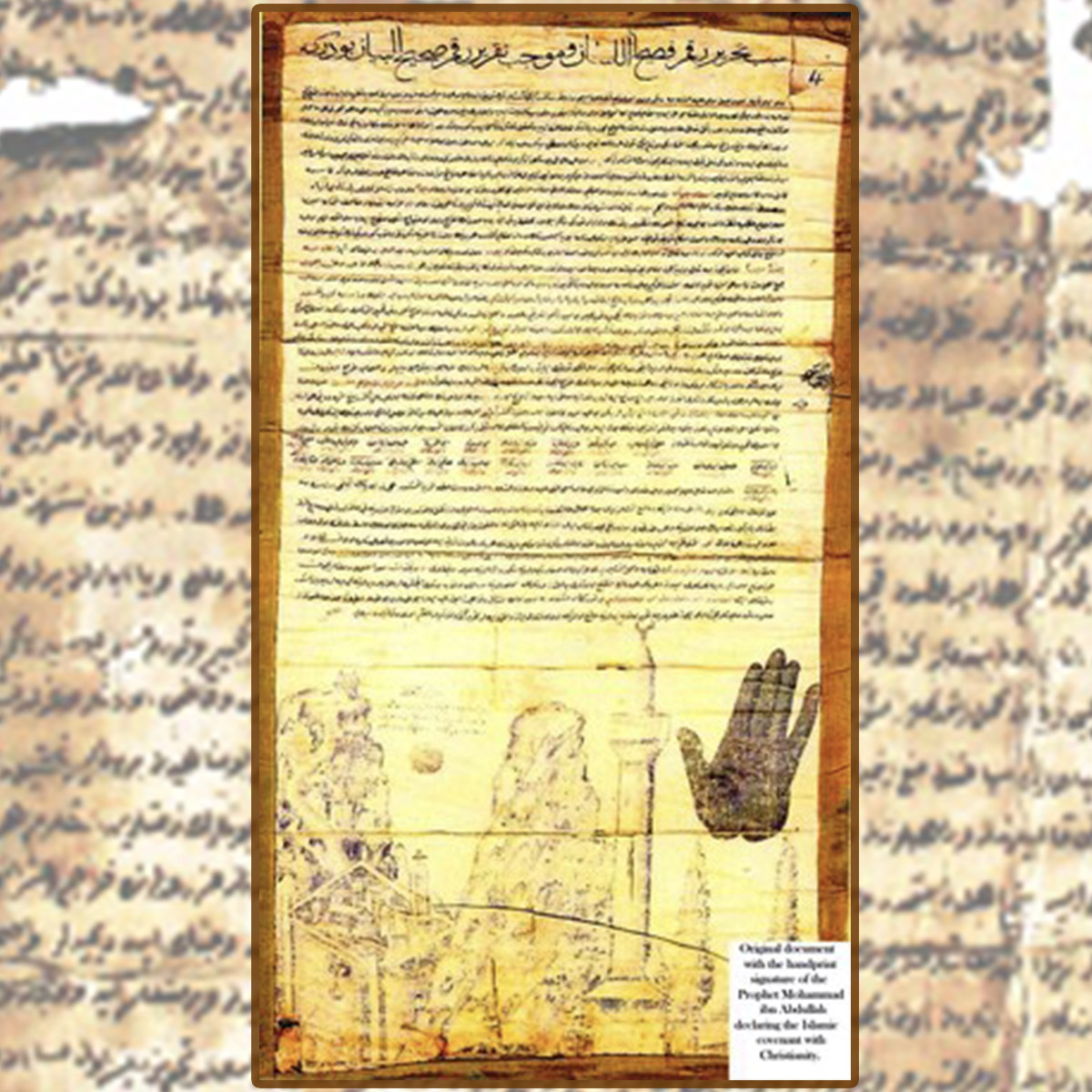 During our research with the Greek Orthodox Church, we located numerous documents hand signed by the Prophet Muhammad, Blessings and Peace be upon him, granting permanent protection to Christians and to their churches. These documents have been in existence since the original order given by Muhammad in 628 ACE. We have located several recent documents which confirm the original charter of rights.

These mandates are not widely known to the Muslim world.

Any Muslim who violates these mandates is insulting Islam and insulting the Prophet Muhammad, Blessings and Peace be upon him.

Important book by Dr. John Andrew Morrow (Imam Ilyas Islam) – The Covenants of the Prophet Muhammad with the Christians of the World 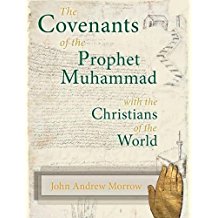 Pave The Way sponsored a running feature of the Covenants of Protection in the International New York Times. (PDF)

“The images of these manuscripts are copies of covenants, which contain a picture of a hand. This image, plus original wax seals, shows that the originals were touched and approved by the Prophet Muhammad, Blessings and Peace be upon him. As authenticated primary documents, which predate the compilation of the Sunnah, these covenants carry the same legal authority as the Holy Qur’an.

These covenants order the followers of the Prophet, Blessings and Peace be upon him, to protect peaceful Christians, Jews, and other allied communities until the end of days. They order that the churches and synagogues and Holy Shrines equally must be protected. They declare that Christians and Jews are believers in one God who form an integral part of the Muslim Ummah or Community. They are not infidels or non-believers.

What has happened? The existence of these covenants has been hidden from the believers, by agents of Satan who lie and pervert the goodness of Islam for their evil purposes. These agents of Satan are disguised as religious leaders to trick the good people into performing evil acts, which are not in service of Allah but only serve Satan. How many of these false leaders, who preached violence and hatred, have sent their own children out to die?

We want to warn all true Muslims who listen to the lies of these agents of Satan to repent if they wish to save their souls. Do not act on their evil demands, do not give them money or any support, shun them and denounce them if you truly wish to enter paradise.

We urge to true believers to join us and sign the Covenant Initiative, to expose the evil doers who only bring international hatred and fear of Islam.” – Dr. John Andrew Morrow (Imam Ilyas Abd al-Alim Islam) above in Arabic, Spanish, French, and Italian. (PDF)

Pave the Way Foundation gratefully acknowledges Dr. John Andrew Morrow for his images of the Covenants. 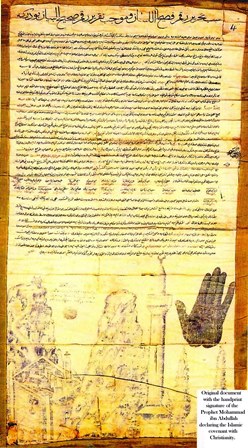 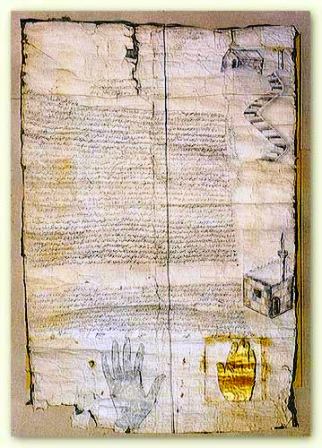 Muhammad’s Promise to the Monks of St. Catherine’s Monastery Until the End of Days:

“This is a message from Muhammad ibn Abdullah, as a covenant to those who adopt Christianity, near and far, we are with them.

Verily I, the servants, the helpers, and my followers defend them, because Christians are my citizens; and by Allah! I hold out against anything that displeases them.

No compulsion is to be on them. Neither are their judges to be removed from their jobs nor their monks from their monasteries. No one is to destroy a house of their religion, to damage it, or to carry anything from it to the Muslims’ houses.

Should anyone take any of these, he would spoil God’s covenant and disobey His Prophet. Verily, they are my allies and have my secure charter against all that they hate.

No one is to force them to travel or to oblige them to fight. The Muslims are to fight for them. If a female Christian is married to a Muslim, it is not to take place without her approval. She is not to be prevented from visiting her church to pray. Their churches are to be respected. They are neither to be prevented from repairing them nor the sacredness of their covenants.

No one of the nation (Muslims) is to disobey the covenant till the Last Day (end of the world).” 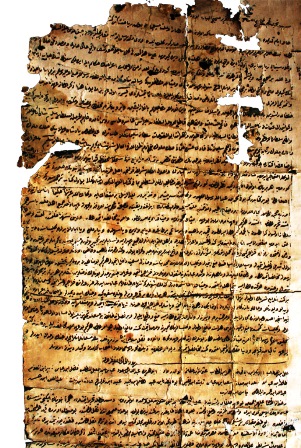 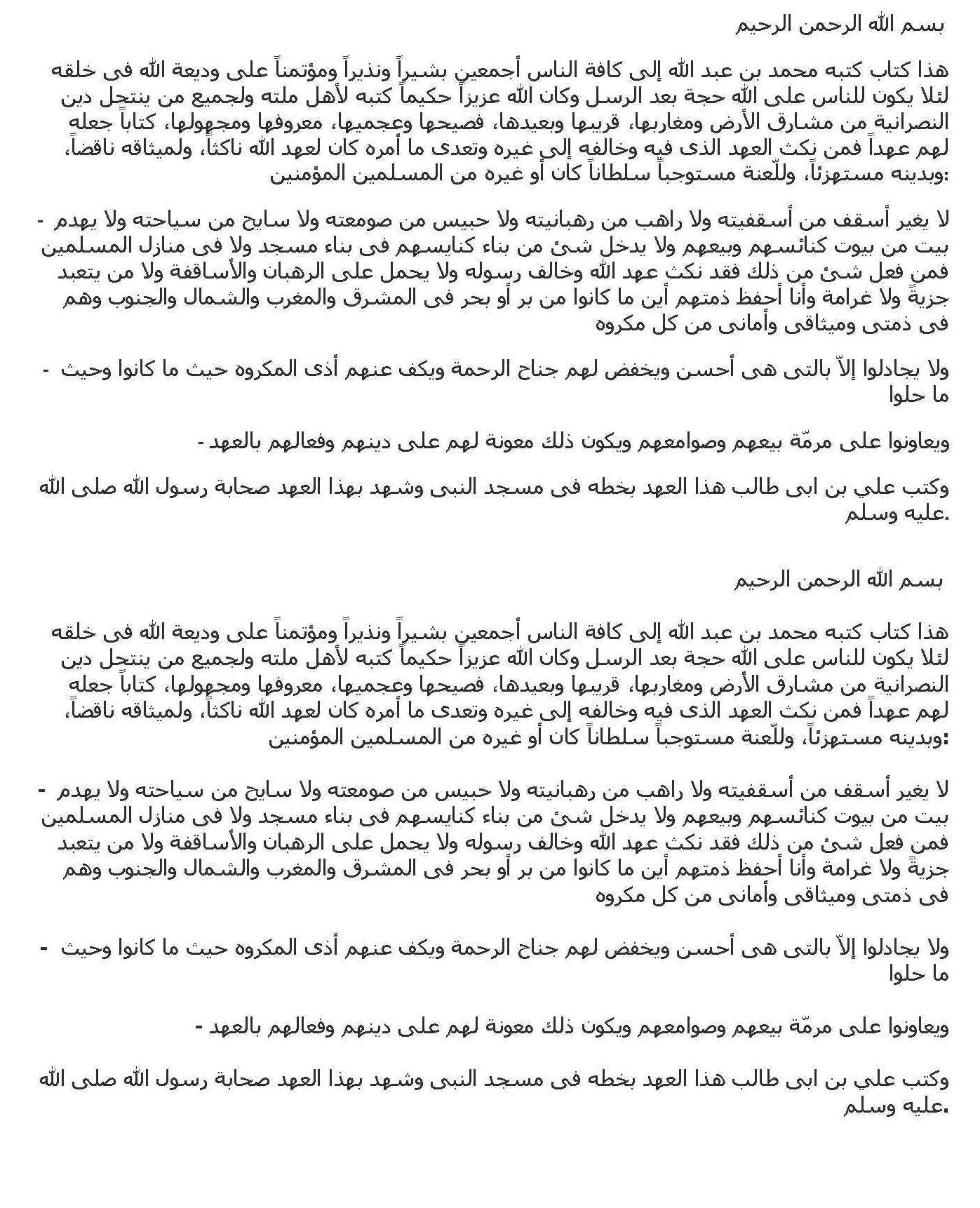 In the name of God, Most Gracious, Most Merciful

This is a book written by Mohammed bin Abdullah to all people together; A bearer of glad tiding and a warner[1], and entrusted with a deposit[2] of God in his creation, so that mankind will have no argument against God after the messengers, and God is Mighty and Wise[3]. He wrote it to the people of his religion and all who follow the Christian religion, from the East to the Western of the earth, near or far, natives or foreigners, known or unknown. A book made covenant with them, he who violates the covenant that is in it, disobeyed it for something else, and trespassed: his affair is nothing but a violation of God’s covenant; he voids his pact, and mocks his religion, and deserves a curse, whether he was a sultan (authority) or someone else from the Muslims believers:

Ali bin Abi Taleb wrote this covenant with his handwriting in the Prophet’s Mosque, and witnessed this covenant the Companions of the Messenger of God, peace be upon him.

[1] Meaning: bring the good news to the believers a warner to the disbelievers.

[3] Capital letters used in Mighty and Wise because these are some of the many synonyms for the word God in Islam.

[4] “hermit of his hermitic” is the closest translation to سايح من سياحته.  The verbatim translation for سايح is tourist. However, the author was not referring to our current day tourist and tourism; he refers to a spiritual ranking in the Coptic Orthodox church that can only be achieved through prayer, fasting, and being in hermit. When one reaches the level “ tourist” in the Coptic Orthodox church, it means that he can travel from point A to point B without using transportation and he can enter a building without having to go through the doors or window.

[5] Jezya: a fee that was paid by non-Muslim men to Muslims for protection. Women, children, and elders were exempt from paying it. 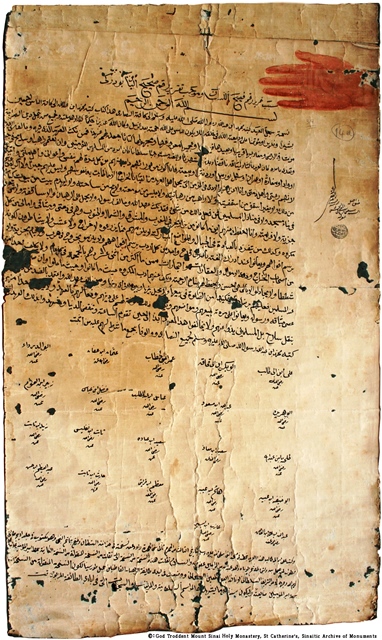 Translation of the supporting documents

God is great and governeth, from whom all the prophets are come, for there remaineth no record of injustice against God; through the gifts that are given unto men, Mohammed, the son of Abdallah, the Apostle of God, and careful guardian of the whole world, has written the present instrument, to all those that are his national people, and of his religion, as a secure and positive promise to be accomplished to the Christian nation and relations of the Nazareen, whosoever they may be, whether they be the noble or the vulgar, the honourable or otherwise, saying thus:

I. Whosoever of my nation shall presume to break my promise and oath which is contained in this present agreement, destroys the promise of God, acts contrary to the oath and will be a resister of the faith (which God forbid!) for he becometh worthy of the curse, whether he be the king himself or a poor man, or what person soever he may be.

II. That whenever any of the monks in his travels shall happen to settle on any mountain, hill, village, or in any other habitable place, on the sea or in deserts, or in any convent, church, or house of prayer, I shall be in the midst of them, as the preserver and protector of them, their goods and effects, with my soul, aid and protection, jointly with all my national people, because they are a part of my own people, and an honour to me.

III. Moreover, I command all officers not to require any poll tax of them or any other tribute, because they shall not be forced or compelled to anything of this kind.

IV. None shall presume to change their judges or governors, but they shall remain in their office without being deposed.

V. No one shall molest them when they are travelling on the road.

VI. Whatever churches they are possessed of, no one is to deprive them of them.

VII. Whosoever shall annul any of these my decrees, let him know positively that he annuls the ordinance of God.

VIII. Moreover, neither their judges, governors, monks, servants, disciples, or any others depending on them, shall pay any poll tax or be molested on that account, because I am their protector, wheresoever they shall be, either by land or sea, east or west, north or south; because both they and all that belong to them are included in this my promissory oath and patent.

IX. And of those that live quietly and solitary upon the mountains, they shall exact neither poll tax nor tithes from their incomes, neither shall any Mussulman partake of what they have, for they labour only to maintain themselves.

X. Whenever the crop of the earth shall be plentiful in its due time, the inhabitants shall be obliged, out of every bushel, to give them a certain measure.

XI. Neither in time of war shall they take them out of their habitation, nor compel them to go to the wars, nor even then shall they require of them any poll-tax.

XII. Those Christians who are inhabitants, and with their riches and traffic are able to pay the poll-tax, shall pay no more than 12 drachmas.

XIII. Excepting this, nothing more shall be required of them, according to the express word of God, that says: ‘Do not molest those that have a veneration for the Books that are sent from God, but rather, in a kind manner, give of your good things to them, and converse with them, and hinder every one from molesting them.’

XIV. If a Christian woman shall happen to marry a Mussulman, the Mussulman shall not cross the inclination of his wife to keep her from her chapel and prayers and the practice of her religion.*

XV. That no person hinder them from repairing their churches.

XVI. Whosoever acts contrary to this my grant, or gives credit to anything contrary to it, becomes truly an apostate from God and his divine Apostle, because this protection I have granted to them according to this promise.

XVII. No one shall bear arms against them, but, on the contrary, the Mussulmans shall wage war for them.

XVIII. And by this I ordain that none of my nation shall presume to do or act contrary to this promise until the end of the world.

This present was written by the leader, the successor of Ali, the son of Abu Thaleb; the prophet marking it with his own hand at the mosque of the Prophet (on whom be peace!) in the second year of Hegira, the third day of the month of Machorem.

* Turkish lawyers give as an example of this point, that the Mussulman son of a Christian mother is bound to convey her, when old or infirm, to the church door, upon a beast (horse or a mule etc.); and should he be poor and possess no beast, he is bound to carry her on his shoulders.”[1]

PTWF gratefully acknowledges the assistance of the following in obtaining these manuscripts and their translations: