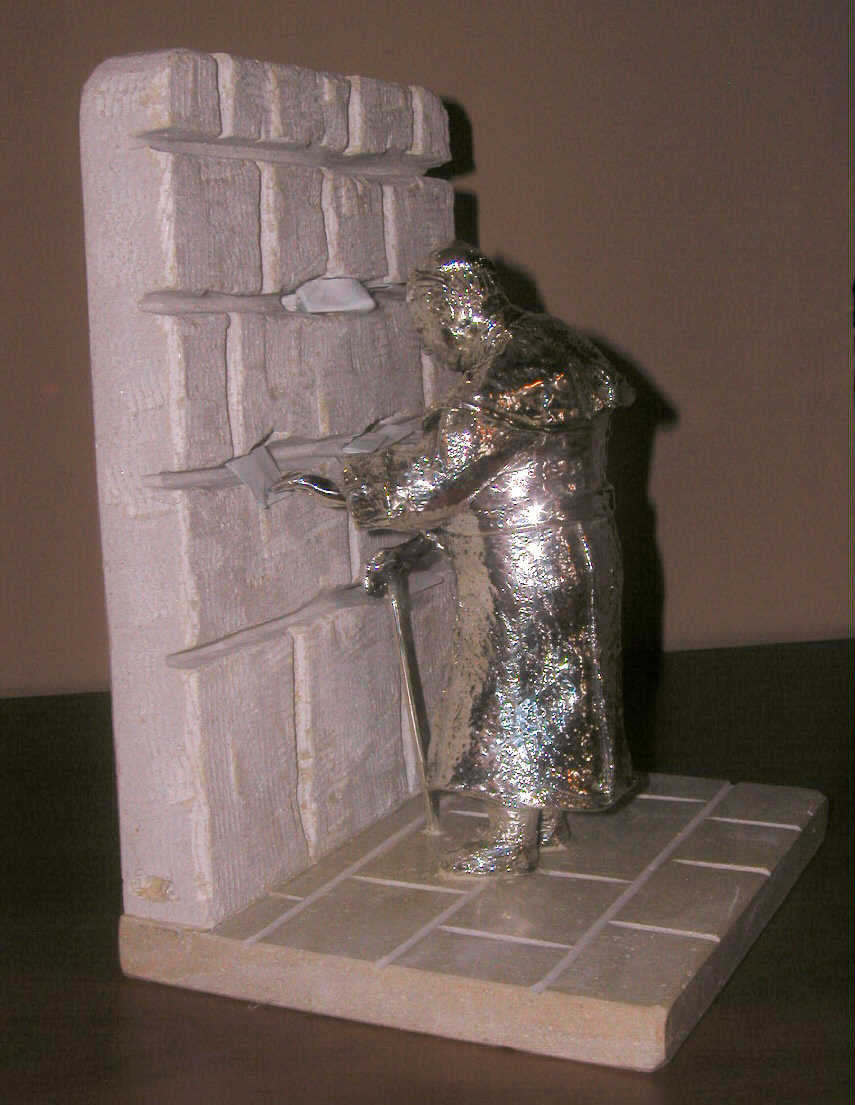 On May 27th, 2006, Gary Krupp, President of Pave the Way Foundation, along with the Board of Directors and Advisors, special guests and contributors, presented a unique sculpture representing a monument to be placed in Poland, the homeland of Pope John Paul II. This event was held at a papal dedication ceremony in Wadowice, Poland, the birth place of Pope John Paul II.

This project was planned with Jerzy Kluger, lifetime friend of Pope John Paul II, his wife Ilene Kruger, and H.Em. Stanislaw Cardinal Dziwisz, Secretary to the Pope for over forty years. 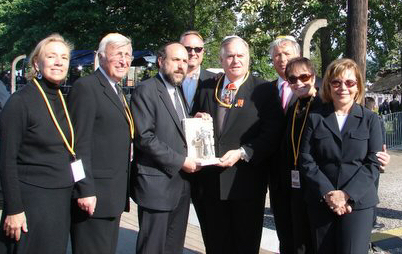 The finished monument will be in commemoration of Pope John Paul II, for his lifetime commitment to religious reconciliation. Left is a miniature, sculpted by Israeli artist Sam Philipe of Jerusalem. This miniature has been presented to those who have “paved the way” to this important project and will be presented to each individual who contributes to finalizing it. 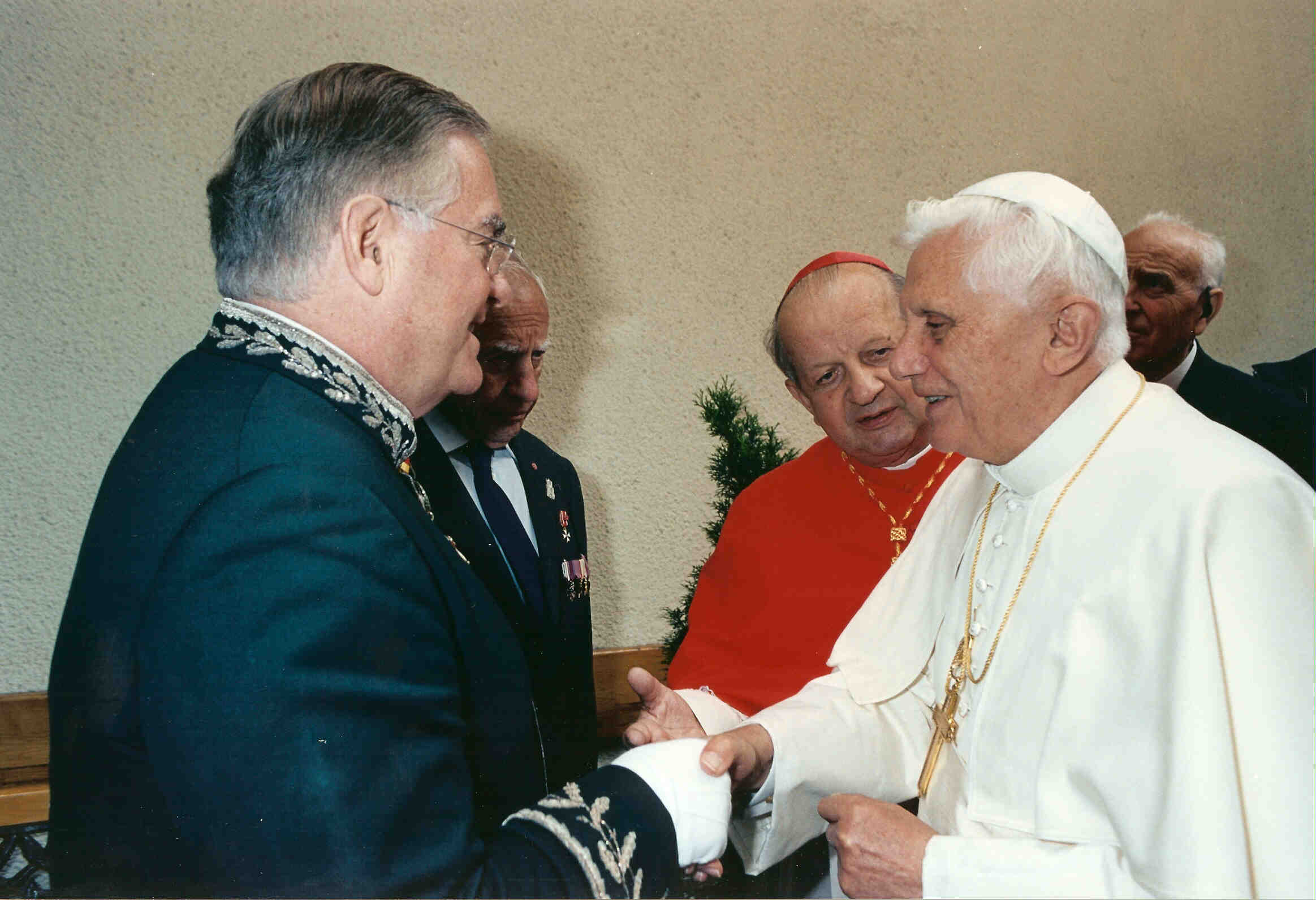 Gary Krupp and Jerzy Kluger, both of Pave the Way, welcome Pope Benedict XVI and Stanislaw Cardinal Dziwisz into the childhood home of Pope John Paul II in Wadowice, Poland during the Papal mission to Poland May 27, 2006.

PTWF Speech to the Polish people 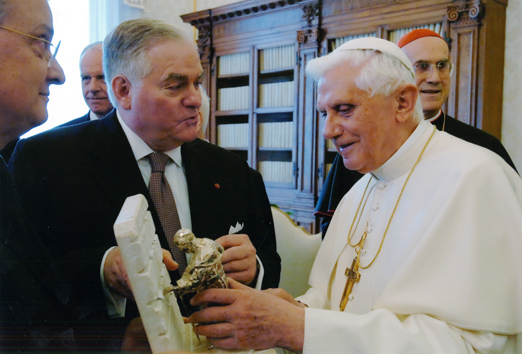 His Holiness, Pope Benedict XVI, is given a miniature of the monument, to be erected in Krakow, Poland. The Polish government is excited about this wonderful gesture. In an added detail, Jerusalem stone will be brought to Krakow to simulate the Kotel or the Western Wall. 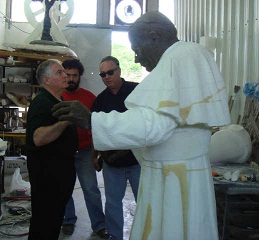 Gary Krupp and Sam Philpe discussing the many changes that need to be made to the monument, currently under construction in Netanya, Israel. To begin, the head has been fabricated in clay and the body in Styrofoam, which will be shaped to exactly duplicate the cassock that Pope John Paul II wore the day of one of the most important inter-religious events in history. Below, through the courtesy of Opus Dei, Gary and Meredith Krupp obtained special permission in Rome, to examine and photograph the actual Papal cassock given to Opus Dei personally by Pope John Paul II. These studies are being used to assure the accuracy of the monument under construction in Israel. 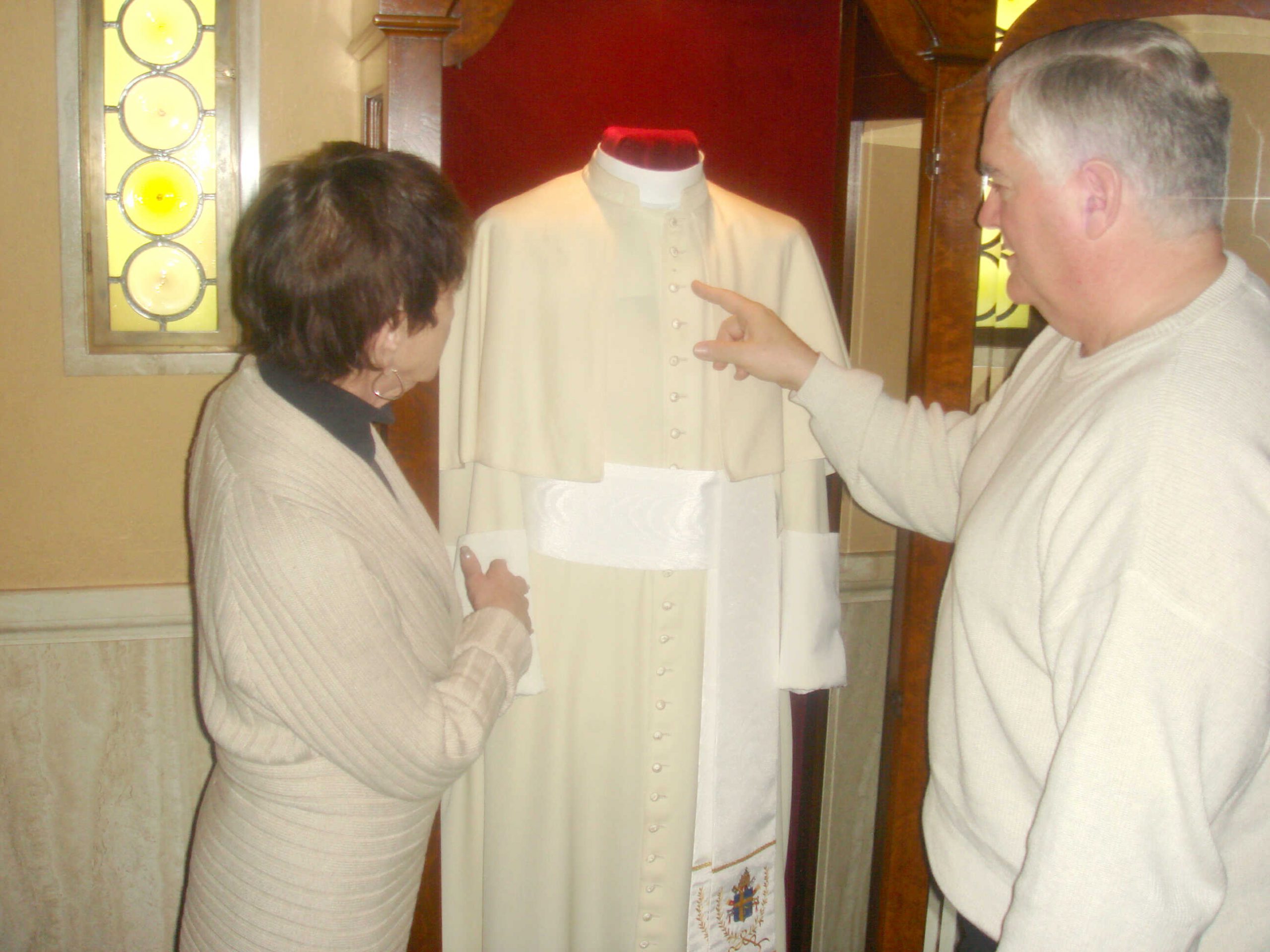 Polish Articles of the monument