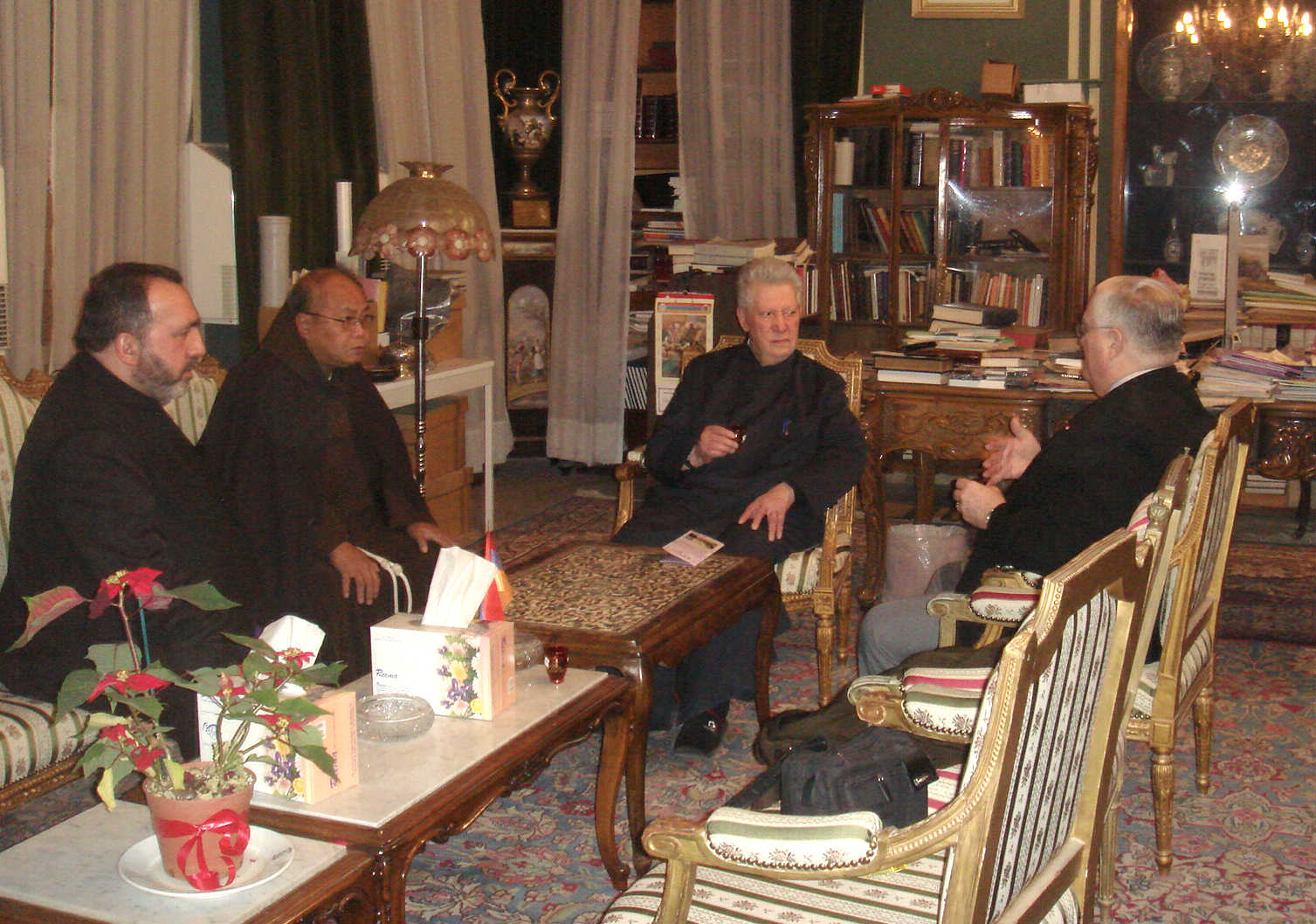 Armenian Church in the Holy Land and the Armenian Genocide

PTWF is proud of its warm relations with the Armenian Patriarchate in Jerusalem.

Meetings with the late Patriarch His Beatitude Torkom Manoogian, and recently His Beatitude Nourhan Manougian, resulted in an international acknowledgement of the Genocide committed against innocent Armenians in the Holy Land at the beginning of the 20th century.

PTWF Director for Germany, scholar, and historian Dr. Michael Hesemann, has been our primary researcher in the Vatican Apostolic Archives (formerly known as the “Secret Archives”.) During his study of the actions of the Holy See before, during, and after the Second World War, Dr. Hesemann discovered over 2,000 pages of documents evidencing the genocide. Dr. Hesemann wrote his book Volkemord an den Armenien, which was presented to His Holiness Pope Francis.

Pope Francis traveled to Armenia and acknowledged the murder of over one million Armenians at the beginning of the 20th Century.

PTWF is encouraging more Armenian pilgrimages to the Holy Land. Tourism helps everyone in the region. Below PTWF meets with His Beatitude Patriarch Manougian and with Archbishop Nourhan. We identified specific problems and ways in which PTWF could be instrumental in solving. A dinner meeting with First Deputy Minister of Tourism Rafi Ben-Hur established personal relations with the Israeli Ministry of Tourism and the Armenian Church.