Our projects in the field of OBSTACLES & CONTROVERSY

Working to introduce a balanced and mindful dialogue to impact the obstacles that obstruct peace and positive relations amongst religions. 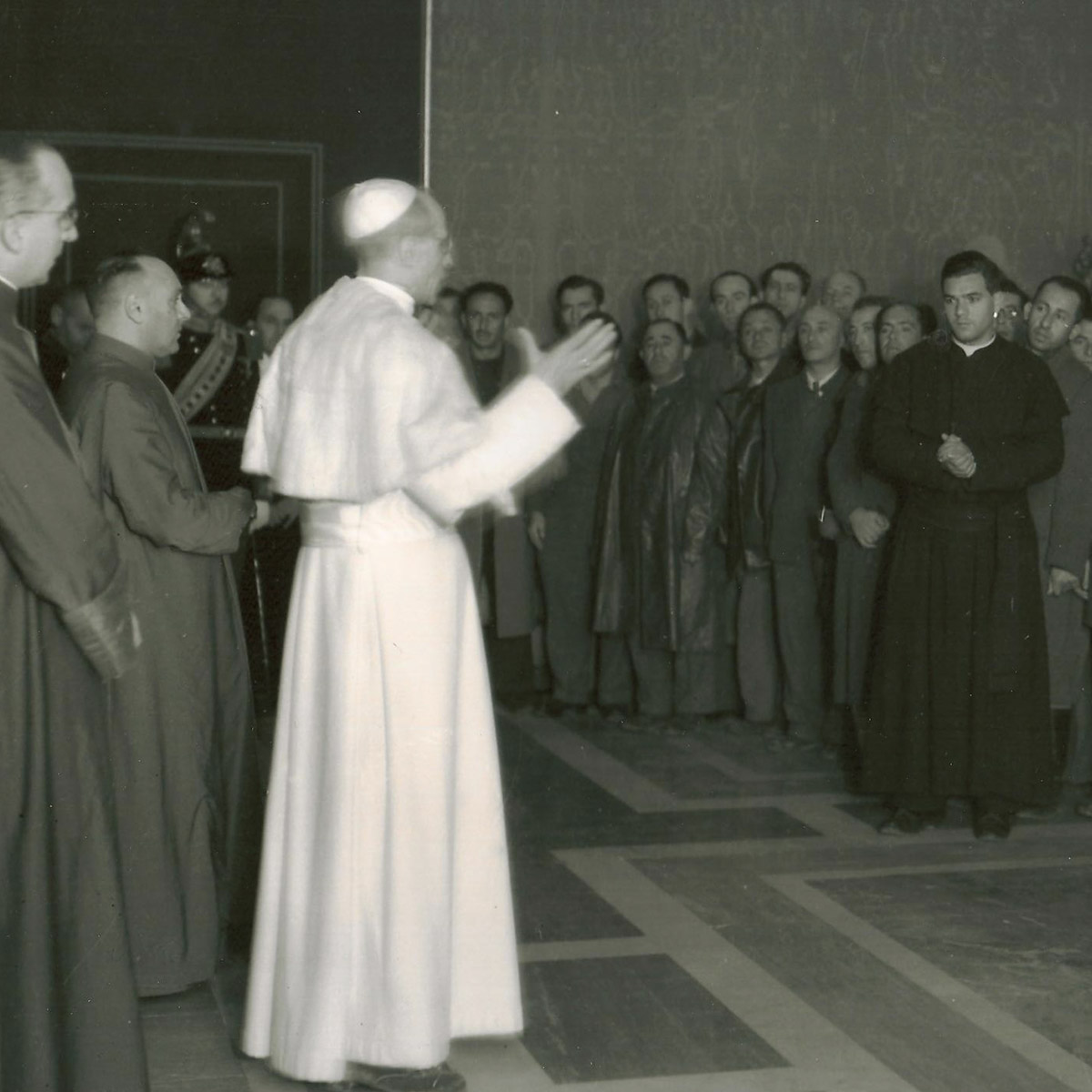 Truth does not become more true by virtue of the fact that the entire world agrees with it, nor less so even if the whole world disagrees with it. – Maimonides

With the opening of the new Yad Vashem (Holocaust Memorial in Jerusalem) exhibit in 2005, there was an historically incorrect placard placed above a photo of WWII Pope Pius XII in the “Hall of Shame.” There was international outcry to remove troubling remarks about the Church’s supposed inaction during the Holocaust. PTWF was asked to help resolve this issue, which has plagued Jewish Catholic relations for the past 47 years.

In furtherance of the mission of PTWF, we are attempting to remove obstacles between the religions. Mindful of this, we have initiated an independent investigation of the Papacy of Pope Pius XII. This time in history has been a source of friction between the Jews and Catholics for over 70 years.

PTWF has privately undertaken an extensive investigation of this important and controversial historical period. We believe that our work will eventually result in eliminating one of the greatest obstacles to religious unity between these two groups. We recommendation you search the Palestine Post archives for some revealing articles and the archives of the New York Times.

Our data is organized as follows:

The complete collection of over 76,000 pages of documents, newspaper articles, live video testimonies, and other important information relative to the papacy of Pope Pius XII, is on our Vatican Papers Page

If you wish to view the document page, you must agree to the terms set for by the Vatican Secretary of State.

By accessing this resource page, I hereby acknowledge that the sole copyright holder of the Vatican documents herein including  Actes et documents du Saint-Siege Relatifs A La Second Guerre Mondiale or The Acts and Documents of the Holy See during the Second World War is the Libreria Editrice Vaticana and the digital version of the above named collection of documentation is not to be used for any commercial purpose without the authorization of both the Libreria Editrice Vaticana and the Vatican Secretary of State.

PROCEED TO THE VATICAN PAPERS PAGE

Bishop Pagano on The Secret Archives

Sr. Margherita Marchione on her Work to Discover the Truth About Pope Pius XII

Dr. Robert Adler of No. Carolina University Speaks of How the Vatican Saved his Father by Hiding Him in the Vatican and Arranging his Transport to the Dominican Republic

Video – Interview with Max Ciampoli Friend of Sir Winston Churchill who personally met with Pope Pius XII and who gave him thousands of false baptismal certificates to save Polish children who would have been sent to the extermination camps.

Letter of acknowledgment and gratitude (PDF) from Cardinal Tarcisio Bertone, Vatican Secretary of State, for a PTWF initiative to digitize the Acts and Documents of the Holy See during the Second World War and the Acts of the Holy See 1909-1961.

In an attempt to bring clarity to the Pius XII controversy, PTWF sponsored an intense yearlong workshop at La Sorbonne in Paris. This event was hugely successful since the defenders of this papacy were able to confront the critics in a scholarly, educational environment. The chair of this historic study was Professor Eduard Husson, former Vice Chancellor of La Sorbonne and current Dean of ESCP Europe. The workshop concluded with a 2 day symposium November 2012.

Gary Krupp September 2014 Interview with Konrad Aderer on our book

Below is the new placard, placed July 1, 2012. Below that is the original placard at Yad Vashem

Opening remarks from the Pave the Way Symposium on the documentation

discovered regarding the papacy of Pope Pius XII.

If you wish to acquire our book of documents, please click here.